Skip to content
Sign up for our newsletter
section-ads_high_impact_1
By BUFORD DAVIS LAS VEGAS BUSINESS PRESS
May 15, 2017 - 12:18 am 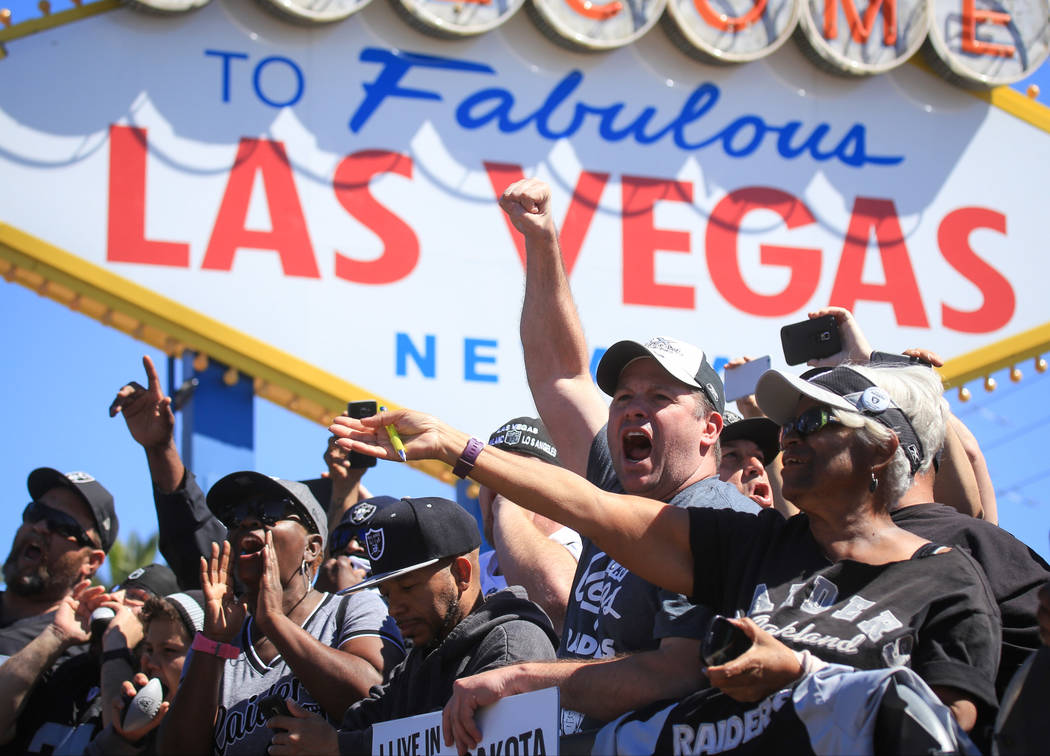 Fans cheer as Nevada Gov. Brian Sandoval, reads the 129th pick in the NFL draft, selecting David Sharpe, an offensive tackle from the University of Florida, during a draft party for the Raiders at the welcome to Las Vegas sign April 29. (Brett Le Blanc Las Vegas Business Press) 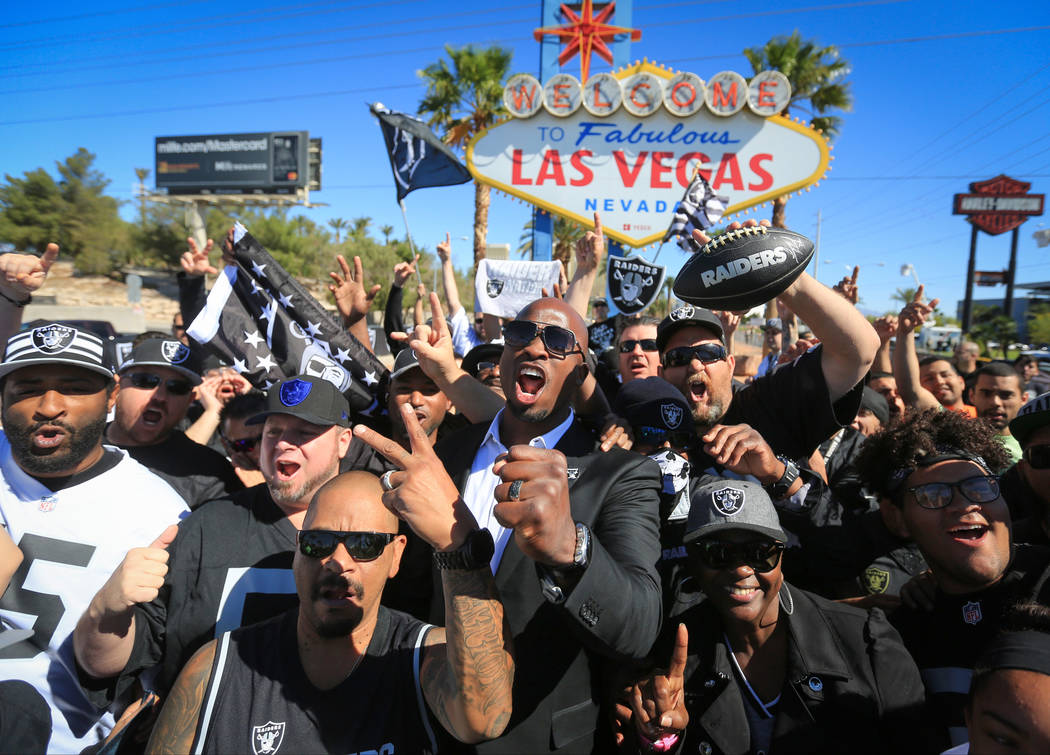 Akbar Gbaja-Biamila, center, who played for the Raiders in 2003 and 2004, leads a Raiders chant during a draft day party for the Raiders at the welcome to Las Vegas sign. (Brett Le Blanc Las Vegas Business Press) 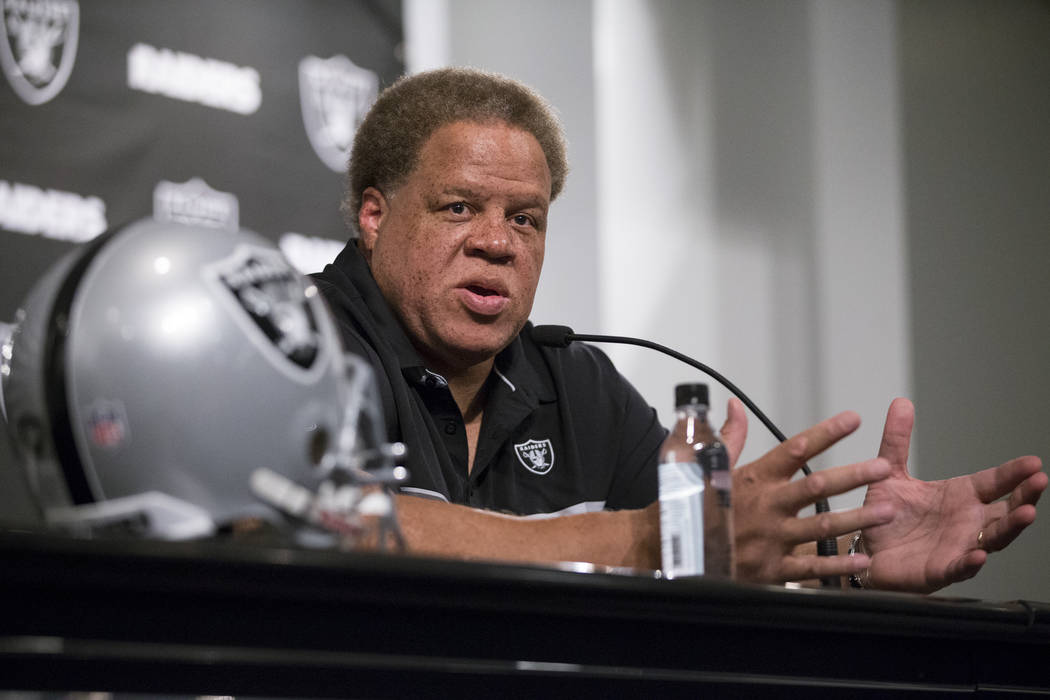 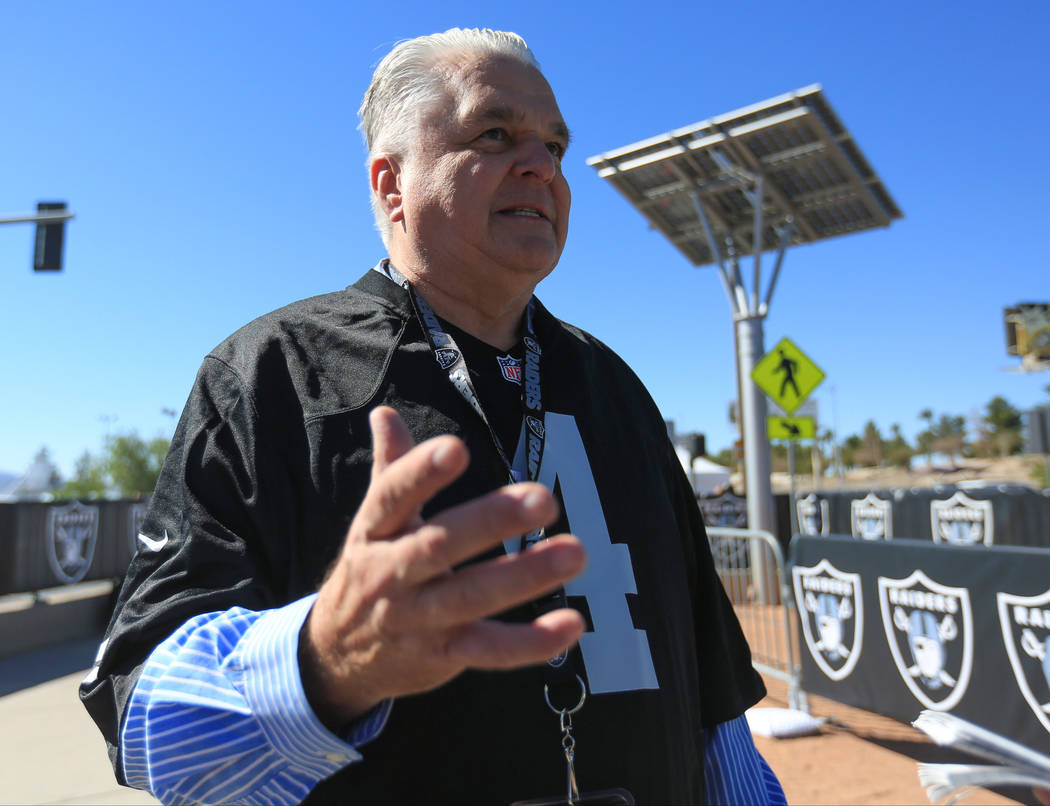 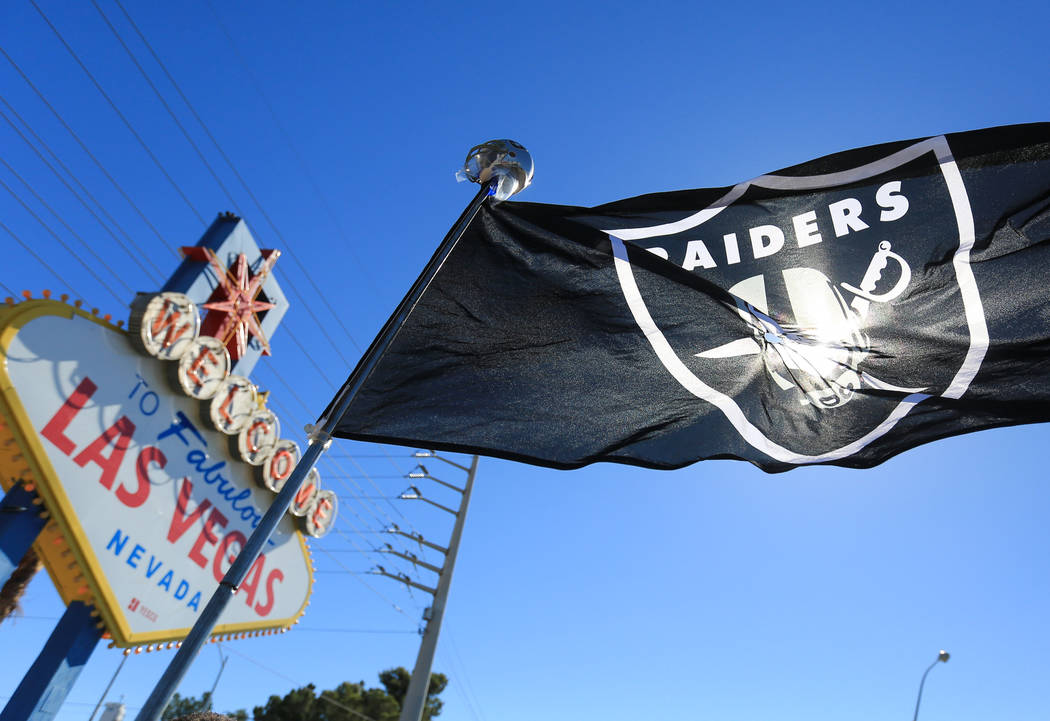 A Raiders flag blows in the wind during a draft day party for the Raiders. (Brett Le Blanc Las Vegas Business Press) 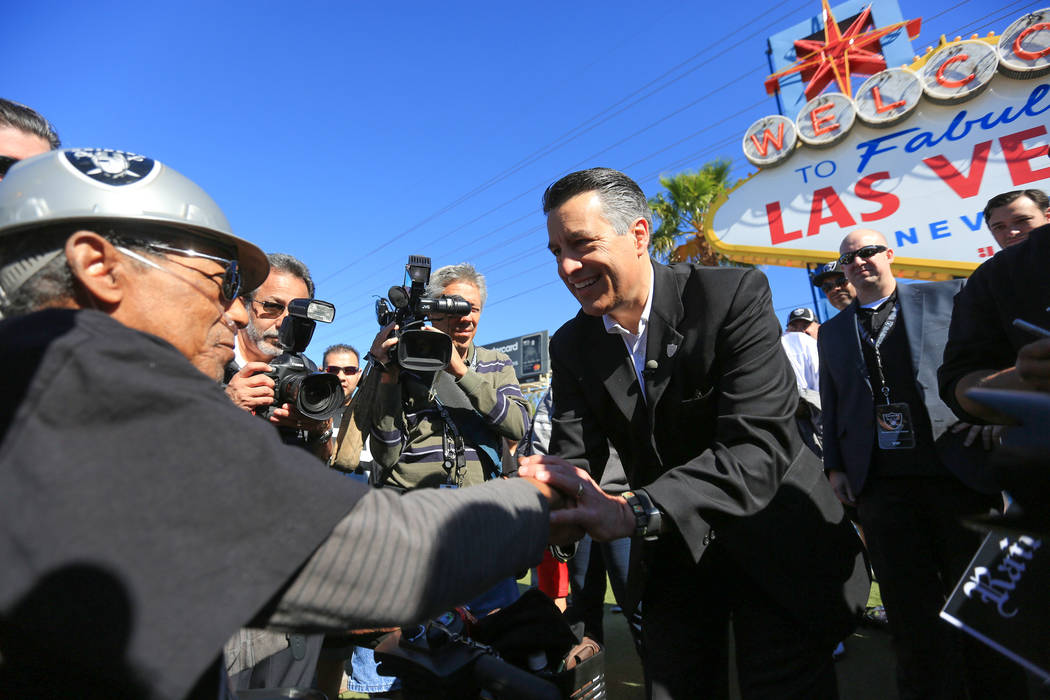 Trans-city relocation is a fact of life in the business world, as municipalities compete to keep or lure companies that can prove lucrative to local economies. But rarely do such moves come with the fanfare that has accompanied the valley’s newest business — the Oakland Raiders.

The team made their selections on Day Three of the National Football League Draft beneath the iconic Welcome to Fabulous Las Vegas sign on Las Vegas Boulevard South, April 29.

The Raiders held the first two days of their draft in Oakland, where the team will remain at least through the 2017 season. A $1.9 billion stadium to be built on 62 acres west of Mandalay Bay will host the team beginning in 2020.